I'm sure that you all remember that I finally completed my 1975 Topps set.
Now that it's done I thought it would be fun to look through the set and talk about it. Going page by page seemed like a good way to go about it. Hopefully you find it interesting to read what I have to say.
How about we continue with page 48? 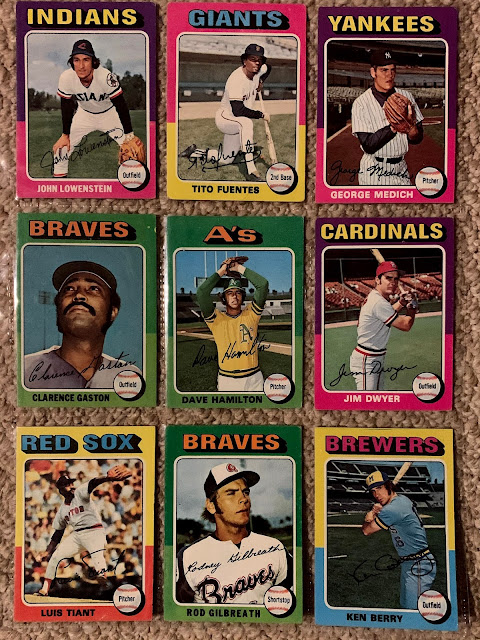 It's no contest on this page. As a Red Sox fan collecting the 1975 set in part because of the 1975 World Series, the Tiant might be the key card in the set. He was in the middle of a stellar run for the Sox, and was an absolute monster in the Series as he cemented his status as Red Sox Legend. Tiant started three games in the series, going 2-0. Two complete games, including a shutout. His one bad game was the one he didn't complete...and a game the Red Sox won anyway. He certainly did his part.

Posted by Section 36 at 1:36 PM
Email ThisBlogThis!Share to TwitterShare to FacebookShare to Pinterest
Labels: 1975 Topps Page by Page, Luis Tiant