I know. You’re not under a rock. Thanks to the internet, all kinds of events are heralded like they’re the arrival of the gods. Pi day. Talk like a pirate day. Truck day. 2015 Topps release day.

Not that release day isn’t an important day. But, before blogs and twitter, I know I certainly didn’t know when it was. In the 80’s or 90’s? Cards just suddenly showed up at stress. I don’t remember counting down.

It’s also funny how nobody seems to have the same release date. Sure, there’s the date Topps gives you. But, stores seem to have a rather loose interpretation of that. Odd that when the new Pixar movie comes out on DVD, stores all seem to know the exact date to put them on the shelves. But, it doesn’t seem to work the same with baseball cards. Some stores seemed to have the cards on the shelves days before the date. Others, not until days later. How could they not simply put them out on the day they’re supposed to? Unfortunately, my local Target was one of the late ones. Took me a couple days to find them on the shelf. But, when I did, I grabbed a couple blasters. How did I do?

Glad you asked. (Even if you didn’t.)

The first Red Sox card I opened in 2015? Presenting… 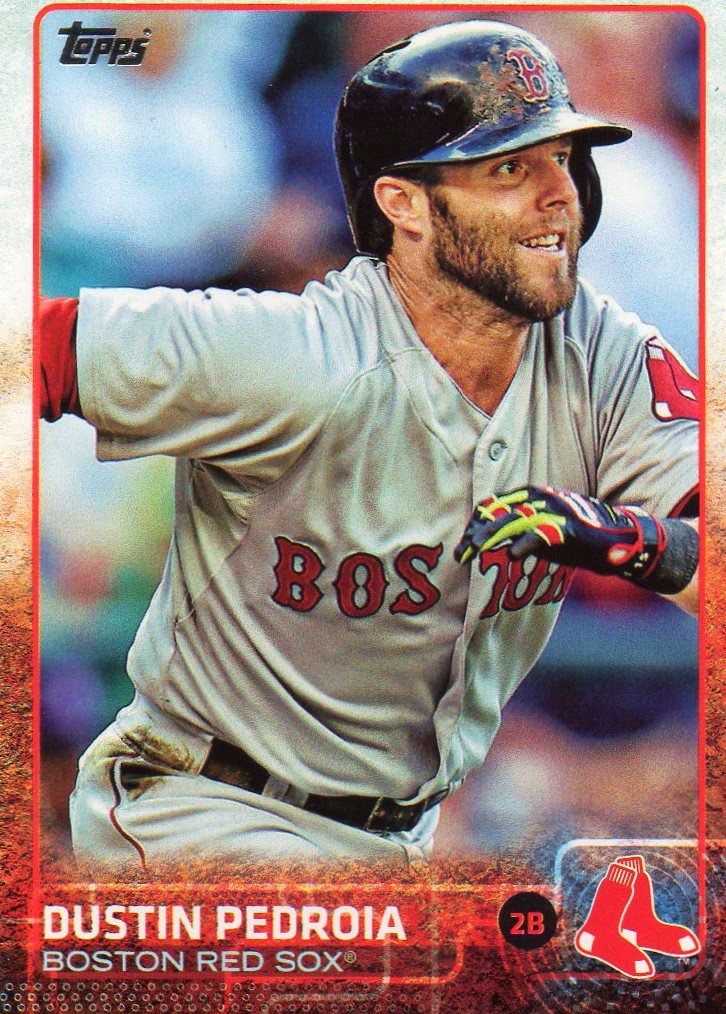 OK, wouldn’t have been my first choice. But, a Red Sox card is a Red Sox card. I suppose now is as good a time as any to discuss the design. I’m a fan. The colored borders are a great change of pace. I even thought that when I thought they were just colorful. But, upon closer inspection, they’re actually almost collages. There’s a lot going on in the borders. But, there’s SO much, that it actually becomes less distracting. I like that. The fact that the colors match the team colors is fantastic. The best part? I agree with almost everyone I’ve heard so far. NO FOIL NAMES! I can actually read Pedroia’s name without having to tilt the card 36 different ways. Fantastic.

How about the rest of the cards? Well, here’s the First Red Sox rookie card… 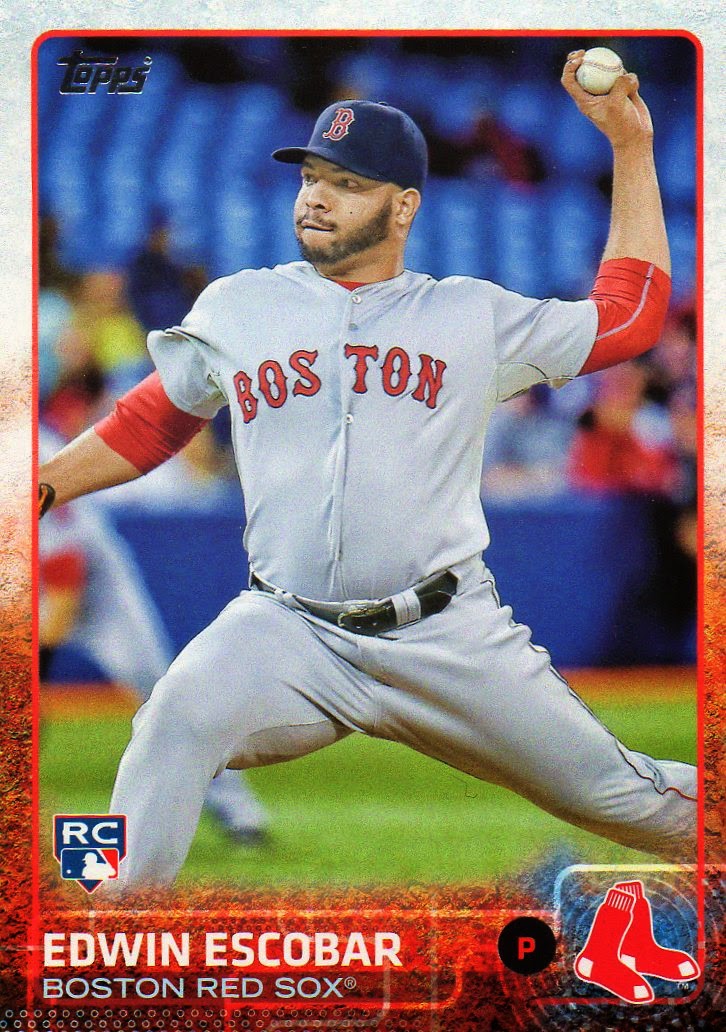 Edwin Escobar. It’s no Mookie Betts or anything, but it’ll do. 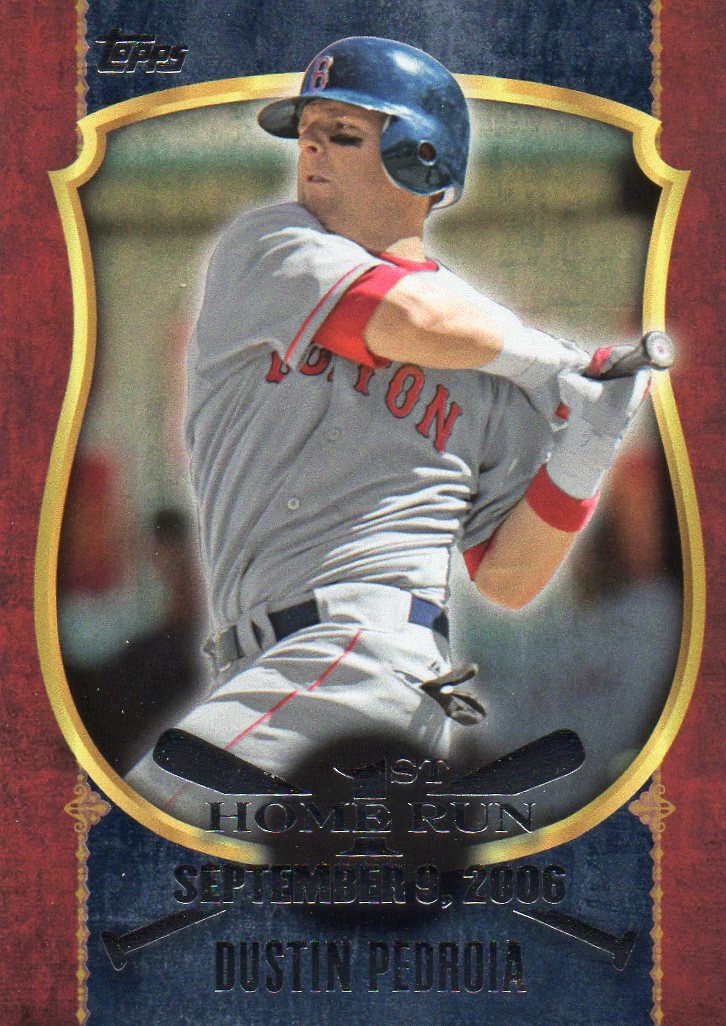 Another Pedroia? Is someone playing a joke on me? Couldn’t it be someone I actually like? Geez. I do like the “1st home run” subject. It allows Topps to get some older pictures into the set, while still having a purpose. Good job. 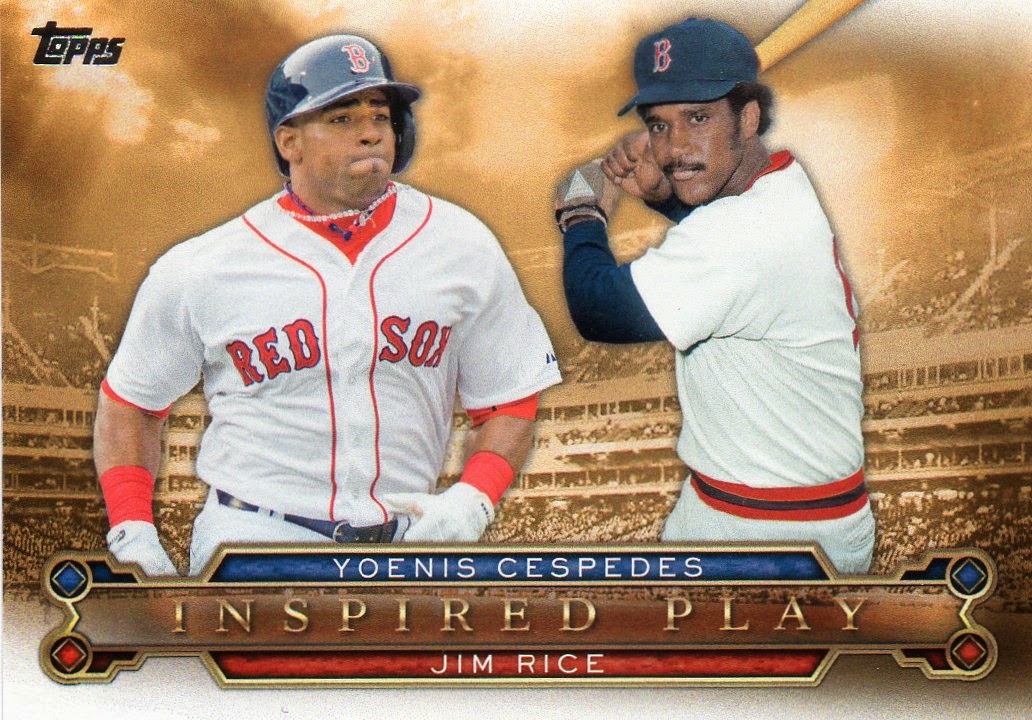 Yoenis Cespedes was on the team for about 36 minutes. But, he still gets to be included, apparently, in the long history of great Red Sox left fielders. Good for him. Not sure how “inspired” he was by Jim Rice. But, I guess you need to call the insert set something. 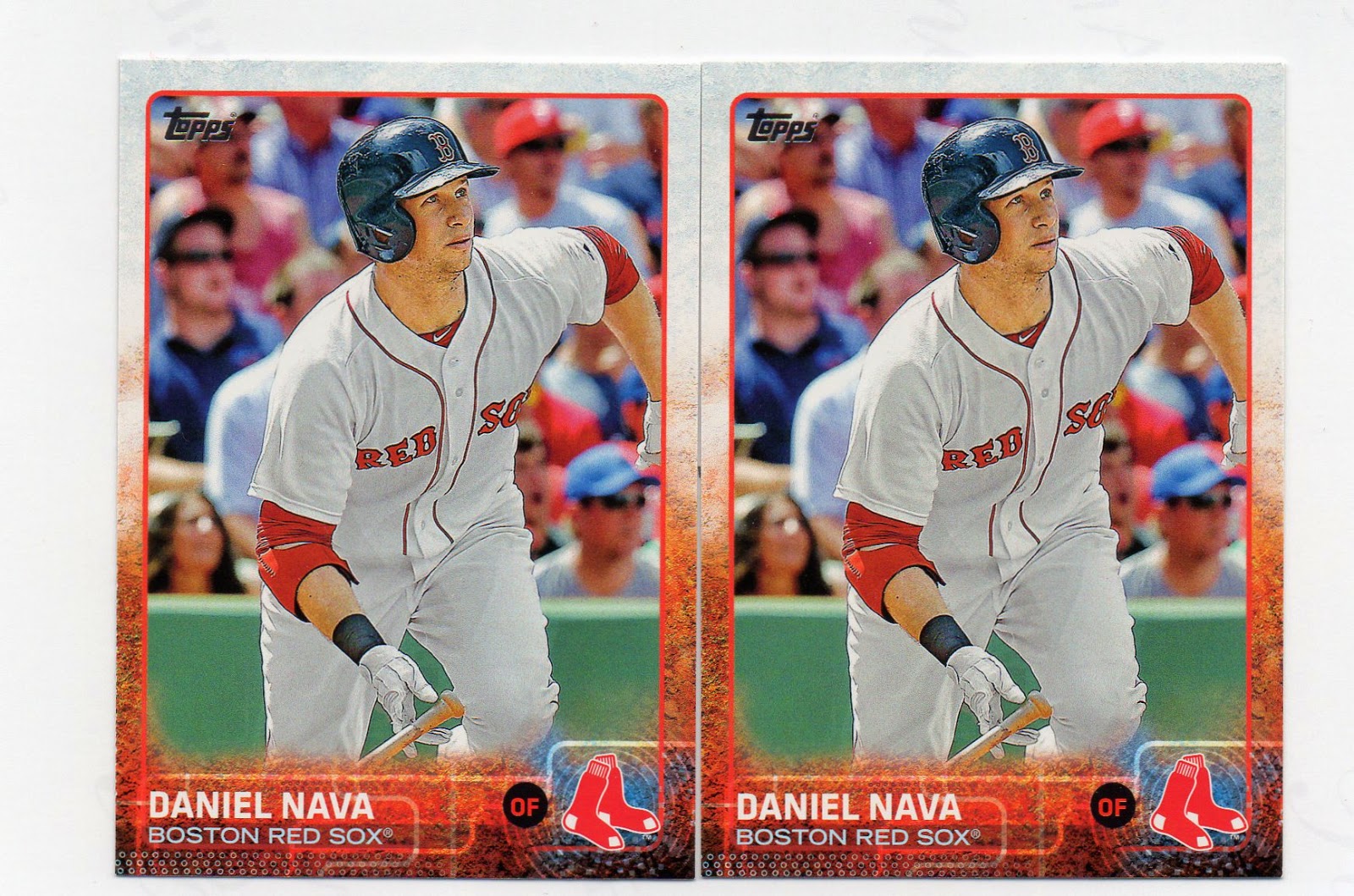 Daniel Nava. I like this picture. It’s cropped will, without missing the detail of the bat in mid-drop. It’s the best of both worlds. As a rule, the pictures on the cards are cropped to closely for my liking. If you look at my family photos, you see a lot of background. I like to know where people are when they’re having their picture taken. In Nava’s case, it’s cropped about as much as I would allow…if not just a bit too far.

That’s it. Those were the Red Sox cards from the blasters. Not a bad start at all for the 2015 collecting season.

Now to get the rest of them.

Posted by Section 36 at 3:13 PM
Email ThisBlogThis!Share to TwitterShare to FacebookShare to Pinterest