Are the Red Sox Arrogant?

That was the claim I heard made on talk radio the other day. The Red Sox are arrogant if they think they can do as well this year as 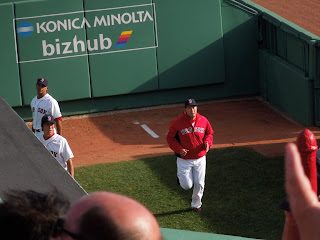 they did last year, while not making drastic improvements.


This is a bizarre take, even by talk radio standards.


To be fair, expecting to win 119 games again is probably a bit unrealistic, just from a numbers standpoint. It’s just hard mathematically to win that many. So, when Cora suggests that if we thought last year was fun wait until this year...if he means the team will win 120 games that’s a bit of a reach.


But, that’s not what he means. What he means is that the team will be really good, and have a great season. A division title should be well within their reach, if not the top seed. Anything less than a championship would be a letdown. That’s what Cora’s talking about.


Which is fine, because that’s not the argument the talking heads were making. They weren’t haggling over 120 vs 115 wins. They felt that none of that was possible since they didn’t fix their flaws in the offseason.


Because they didn’t listen to talk radio hosts and still thought they could win, the Sox are arrogant.


Because those same radio hosts have been screaming about the bullpen for over a year. It was going to be their flaw. You can’t win a division with this bullpen Mike! Make a deadline trade! Well, you won the division, but it’ll hurt you in the playoffs! Well, you made the World Series, but this is where the flaw shows up! Ok, you won the World Series. You were lucky! You need to fix the hole this offseason or you’re doomed next year!


That’s where the hosts are coming from. They claim the Sox were lucky to win in spite of their bullpen. It was a weakness that got worse after the season. So when the Sox say they’re comfortable with the bullpen they have, and that it worked last year, they claim it’s arrogance. Sort of a “I can beat you with one hand tied behind my back...again” claim.


But, here’s the thing. Every team has a weakest portion. By definition practically, one portion of a team has to be weaker than the others. If your outfield is Betts-Trout-Martinez, one of them is the weak link. That doesn’t meant that weakness will haunt you. So, the Sox admit that the bullpen might be their weakest element (like most teams). They just feel that it’s good enough to compete with. Just like they thought it was last year...correctly. So, even if the Sox had signed the top four bullpen arms this offseason, compared to the rotation and the lineup, the bullpen would probably still be the weakest part. It still wouldn’t make it a fatal flaw.


The radio hosts are again falling victim to a fatal flaw of their own. They feel every weakness will derail the reason. They also see weaknesses in their own team, but not others.


They ignore that every team has a weak bullpen. The Dodgers have a closer with one of the biggest contracts in baseball. How many runs did he give up in the World Series? How many saves did he blow? How many times did the Red Sox come back against the “vaunted” Yankees bullpen this season?


So the Sox aren’t a fantasy owner trying to win their league while punting saves. They’re not Inigo Montoya trying to win left handed. They just feel that the worst part of their team is still good enough to let them win a championship. Just like last year.


Why can’t we trust them yet?
Posted by Section 36 at 5:44 PM
Email ThisBlogThis!Share to TwitterShare to FacebookShare to Pinterest