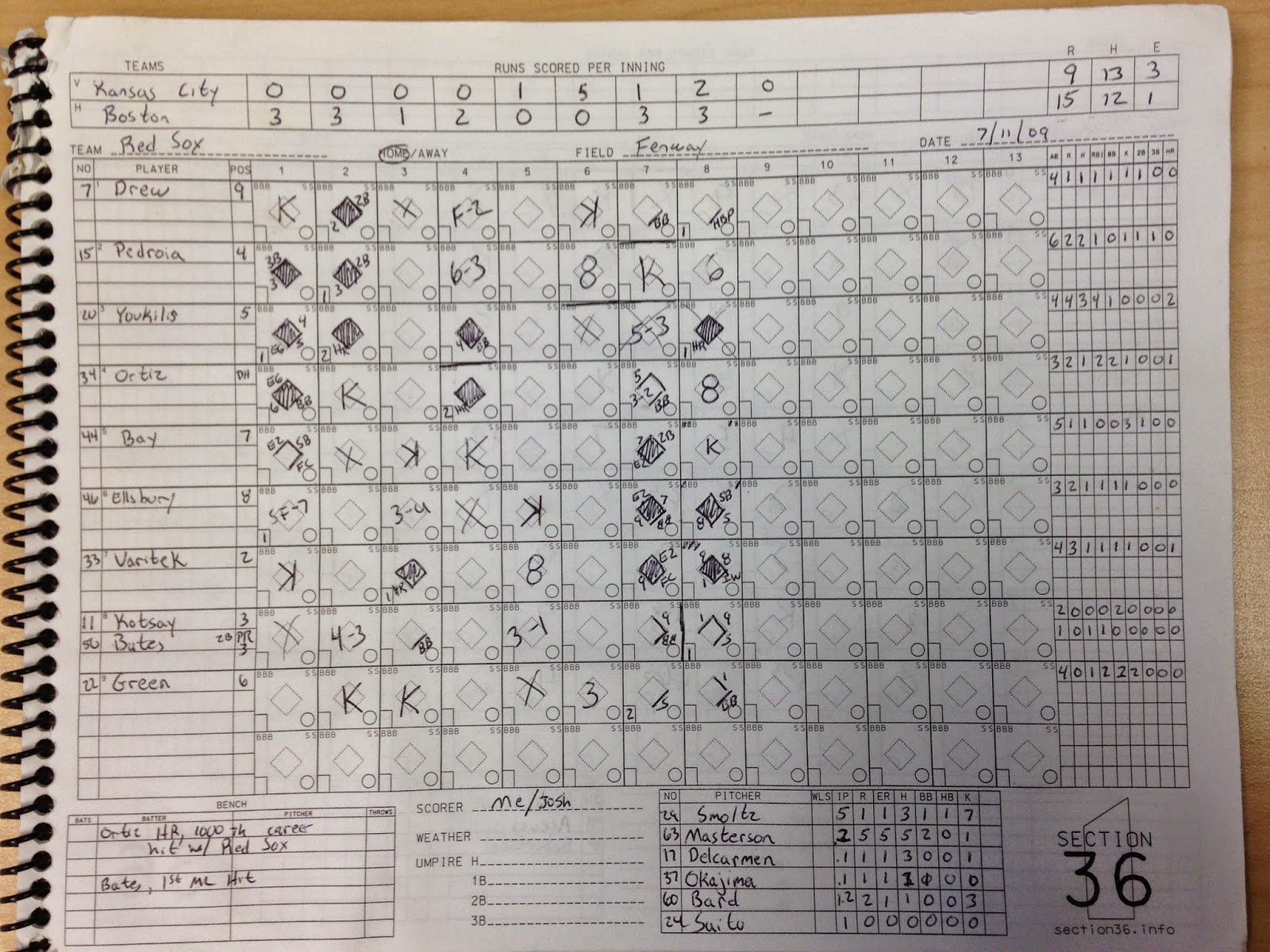 What a wild one this turned out to be! After the first four innings, this one looked to be pretty well in hand. But, the Royals came right back, and made a game of it for a while there. Phew!

First off, let’s take a look at the pitchers box, because the Sox sure used a lot of them. Some of them are pretty good blasts from the past, as well. For instance, John Smoltz drew the start, and actually pitched really well. He was pulled after five innings, and only gave up a run on three hits. He even struck out seven to show flashes of his vintage Braves days. After he left the game, the wheels came off a bit. Justin Masterson couldn’t even go an inning, giving up five runs and seven base runners. I hope this doesn’t mean doom for his new stint with the Sox. After that, four relievers pitched well enough to preserve the win. But, look at that bullpen. Masterson-Delcarmen-Okajima-Bard-Saito. Those are some fan favorites that all fell off a bit before leaving town.

On offense? Interesting line-up. Ellsbury in the six hole? Seems a little weird. Almost as weird as the #46 next to his name. Speaking of unexpected, I admit that I had to look up Nick Green’s first name. The rest of them look like a pretty solid batting order to me. Apparently it did to the Royals as well.

The player of the game? Naturally when you score 15 runs, there are plenty of candidates. But, Kevin Youkilis’s line looks pretty well filled in, so he’ll get the nod in this game. He went 3-4 on the day, with three runs scored and four runs driven in. His two home runs really put the exclamation mark on his day.

The Goat? There’s always one, right? I’m having a little trouble with this one. Mark Kotsay went hitless, but did draw two walks. Nick Green got a hit, but struck out twice. In the end, Green’s two RBI made him a bit more valuable, forcing Kotsay to wear the horns.

Of course, it didn’t matter. The rest of the offense more than made up for Kotsay. Even Masterson’s meltdown was more than compensated for as the Red Sox cruised to an easy victory.

And the scorecard shows how it happened.
Posted by Section 36 at 3:34 PM
Email ThisBlogThis!Share to TwitterShare to FacebookShare to Pinterest