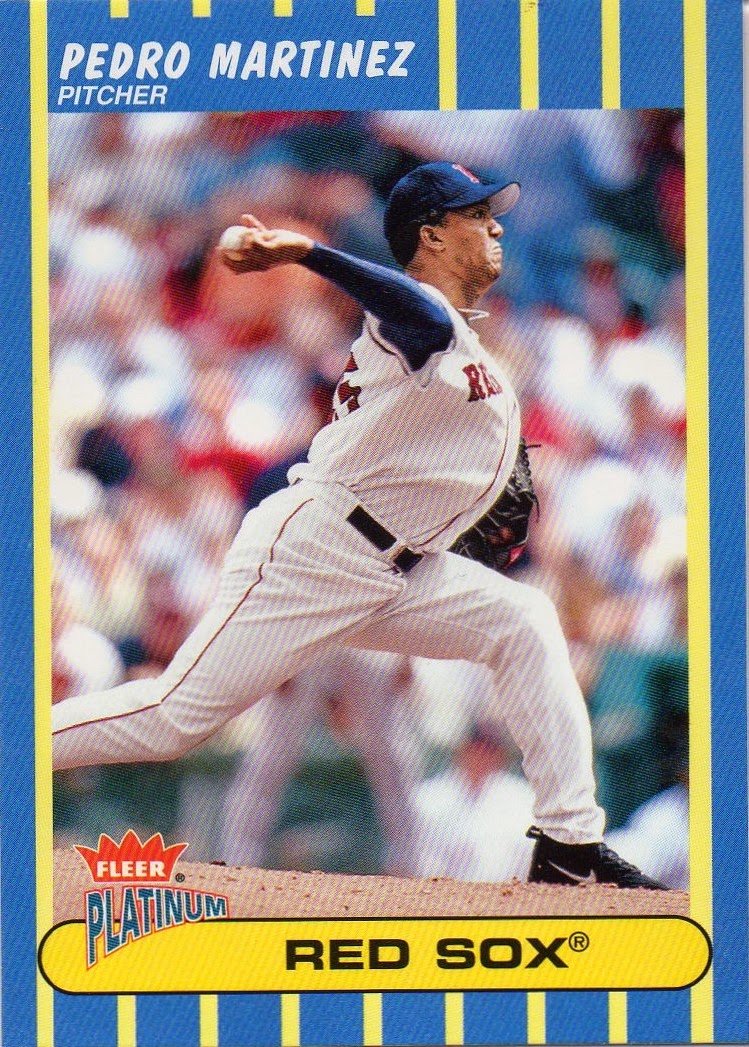 Someone at the Fleer design offices had a brainstorm. They remembered that in the late 80s, Fleer has produced a lot of small box sets of cards. Everyone thought they were pretty corny, and they didn’t sell very well. So, it made logical sense to this person for Fleer to design a set based on those boxed sets. After all, if something doesn’t sell well the first time, it makes perfect sense to revive it. Like “A Christmas Story” I guess.

Maybe the theory was that the bold design of the box set would be something that stood out from the other sets that year. They were right.

To be fair, I don’t think the design is terrible, on its own. The stripes actually almost work for me. If Topps had done it, I don’t think I’d mind it nearly as much, because they wouldn’t be trying to copy the feelings of a previous failure.

It does have all the makings of a good card. Name, position, and team right there on the front and east to read. Nothing is written sideways or in foil. They even stop the stripe design to make Pedro’s name easier to read. It would have been easier to read if Fleer had swapped the team name and the player name. That’s a big empty yellow oval with a very short team name in it. While the brand logo is wild, it is at least tucked into a corner out of the way of the picture. And, at least the picture is a full picture, as cropped as it is to fit in the small window.

Like I said, though, it almost works. But, it just doesn’t quite do it for me.

What do you think?
Posted by Section 36 at 3:18 PM
Email ThisBlogThis!Share to TwitterShare to FacebookShare to Pinterest