The Voters Got it Wrong!

How in the name of Tris Speaker did Jackie Bradley, Jr not win the Gold Glove award?

Normally, I could almost understand the under appreciation of a rookie from the voters. After all,
with a defensive award, there’s some amount of subjectivity to it. It’s possible that a rookie might not have the cache that a previous winner has. It would be hard to give the edge to an unknown like that.

But, that’s not really the case here. 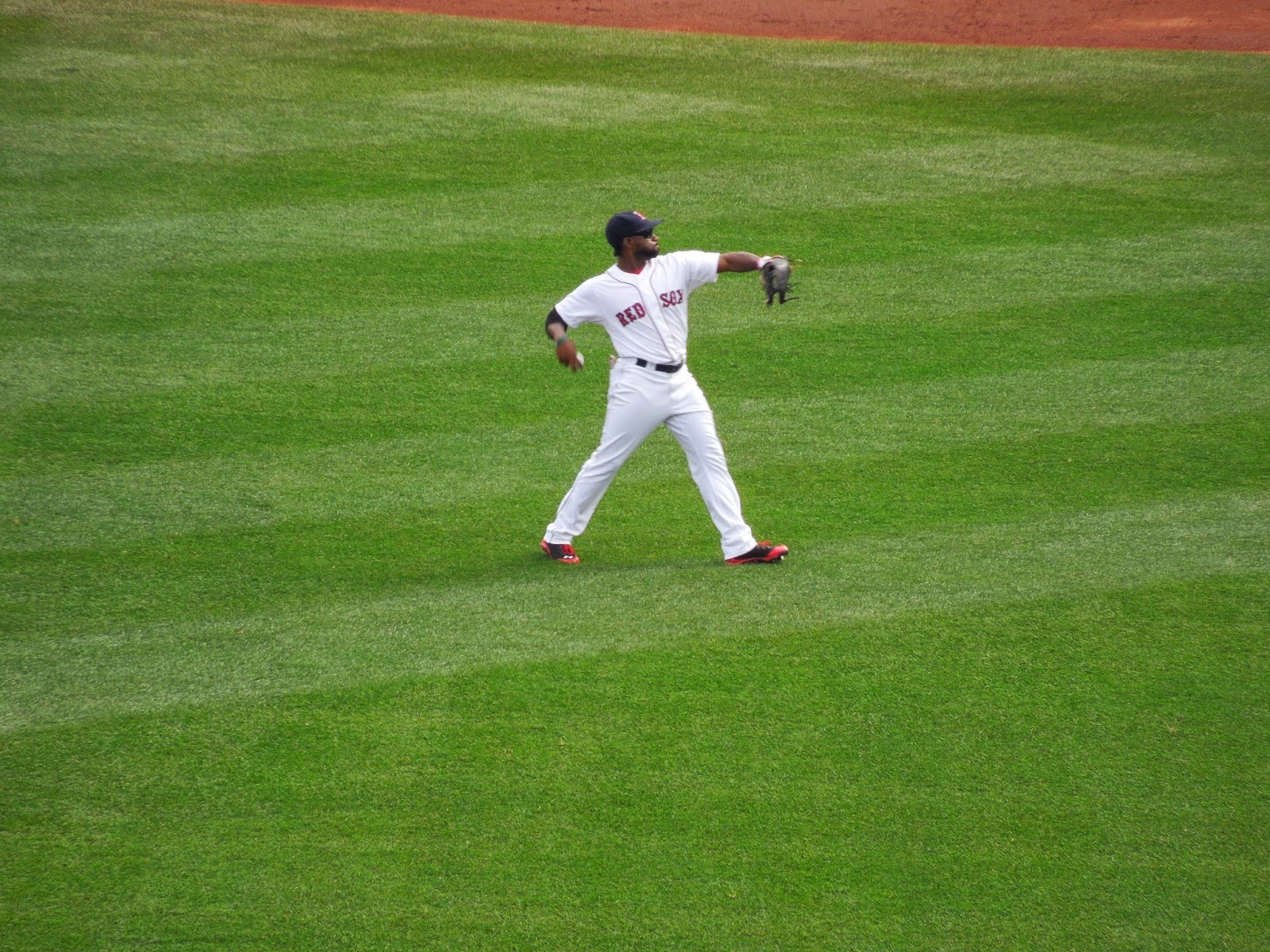 If you’re any sort of baseball person, how could you not be aware of the defensive merits of Jackie Bradley, Jr? The defending World Champion Red Sox elected to let their star centerfielder go to free agency, in part because their rookie centerfielder was such a defensive whiz, he could make up for the loss. They were talking about it all off-season. Then, the rookie centerfielder for the defending World Champion Red Sox struggled at the plate, but was kept in the solely for his defensive wizardry. How did baseball people not know that? He had the requisite highlight reel catches. He had the youtube gimmick where he threw a ball over the fence from home plate. When the Sox traded for Cespedes, the discussion of the two cannon arms in the Sox outfield was widespread. Isn’t that the kind of publicity that gets you votes?

To make it even easier, Jones didn’t exactly run away with the award. He wasn’t Willie Mays out there. Bradley had better numbers. He had fewer errors than Jones did. He beat him in most of the other stats as well. Considering the fact that metrics are supposed to be a quarter of the vote total, the actual voters must have been especially lazy.

You could say that his brief demotion was a factor. But, he still played more games in center than the Ortiz-like number that Rafael Palmiero played when he won. Some people are saying that the fact that he didn’t hit well oddly hurt him in the voting for a defensive awards. But, his hitting was soooo bad, that shouldn’t it have helped him? How amazing must his defense have been to for the Red Sox to keep trotting him up to the plate three times a game? He was so good, he couldn’t even be saved as a defensive replacement. He needed to be the field as much as possible…even if it meant an automatic out every trip to the plate.

His defense was that good.

Didn’t the opposing managers and coaches see that? Didn’t they wonder why this schmuck batting .200 was in the line-up against them? Didn’t they see his first amazing catch and find their answer?

What were they thinking?

Posted by Section 36 at 3:18 PM
Email ThisBlogThis!Share to TwitterShare to FacebookShare to Pinterest