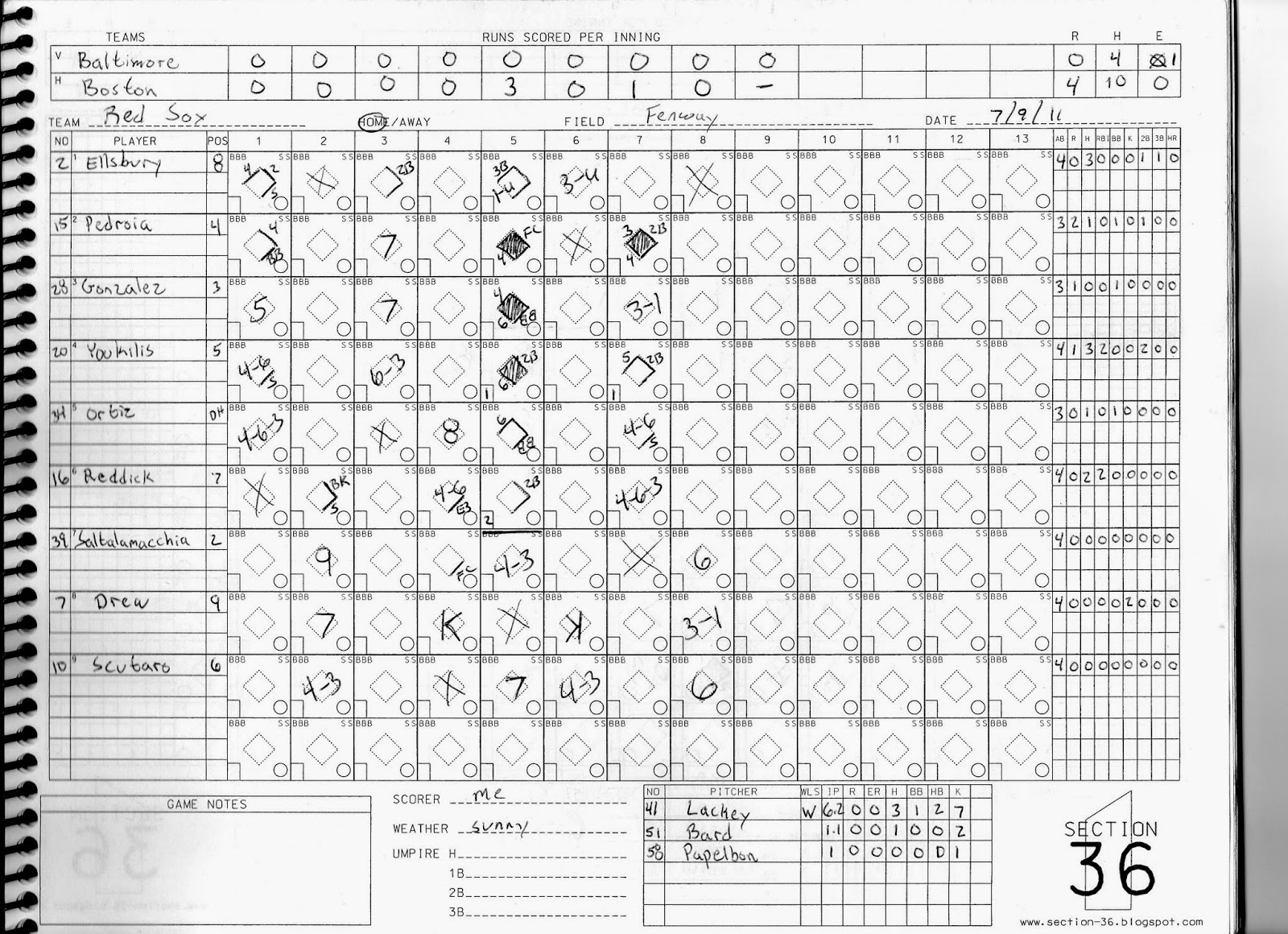 Boy, does this card bring a trip down memory lane, or what?

First, look at the pitcher's box. A great start by John lackey. Of course, that was the year he performed so terribly before we all knew that his arm was simply being dragged along for fun. Nice to see a good one here. Speaking of good performances by lousy pitchers...is that 1.1 great important innings from Daniel Bard? Remember when he used to throw those? And, remember when Jonathan Papelbon used to come in and close the door? It seems like so long ago.

Speaking of which, check out that line-up. This was back when they were still instilling fear in the rest of the American League. Hard to remember a better top five in the order. Ellsbury was in the middle of an MVP caliber season. So was Adrian Gonzalez (How soon we forget.) David Ortiz was all the way down at fifth in the order, and rightly so. My goodness.

The player of the game? I have to give it to the clean-up hitter. Kevin Youkilis showed why he was batting right where he should be. 3-4 or the day with two RBI and a run scored. Exactly the production you need from him.

The goat? Well, remember how I said the top five in the order were fearsome? The bottom third? Not so much. On the day they went 0-12. But, only JD Drew added the two strikeouts to really drag down the day. He gets to wear the horns.

But, obviously, it didn't matter. Things were still good in Red Sox Nation as the top of the order carried the Sox to an easy victory. Ellsbury and Pedroia set the table, and Youkilis and Reddick drove them in Just like they drew it up in Spring Training. Or, something like that.

Posted by Section 36 at 1:58 PM
Email ThisBlogThis!Share to TwitterShare to FacebookShare to Pinterest