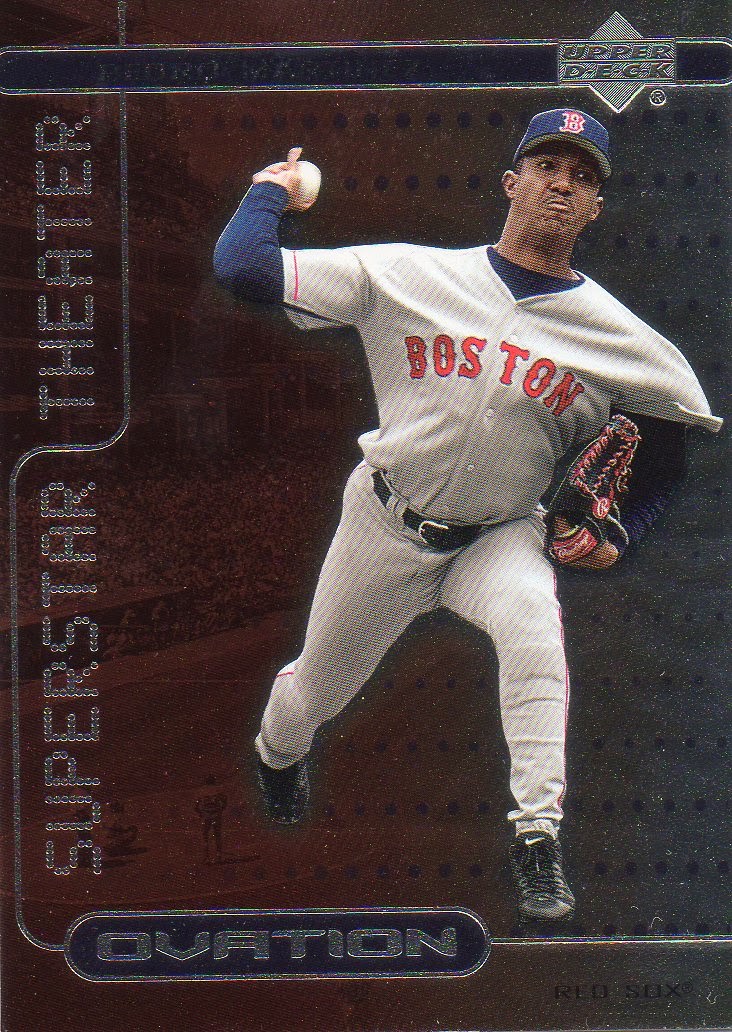 There’s a lot of shiny going on here.

One thing that keeps bugging me about these insert sets is that they have these clever names, but don’t relate the card to the names at all. Take this one, for instance. It’s called “Superstar Theater.” What an the card has anything to do with a theater? Maybe the name of the set going up the side is supposed to resemble a theater marquee? That’s a stretch, and the best that they get. How about instead of the ghost image in the background of a random ballpark, they use a ghost image of a theater? How about something? Make it look like a ticket, or a playbill. There’s plenty out there to work with. Why ignore it? I wonder if other companies were annoyed that Upper Deck wasted the copyright for the name on poor execution. Like when you’re trying to name a blog, and you see someone has taken the perfect name you wanted but only posts garbage once every six months. Was someone in the Topps design team kicking themselves over what they could have done with that name?

The rest of the card is beyond blah. In the scan, you can see what UD feels is the most important part of the card. Their logo, their brand name, and their set name. I’m a little surprised they let the picture of Pedro take up so much precious space. Pedro’s name? Stuck in that black bar. His team? Practically hidden in the ghost image. Who cares about that stuff? This is an Upper Deck card!

Apparently that’s all that matters.
Posted by Section 36 at 12:24 PM
Email ThisBlogThis!Share to TwitterShare to FacebookShare to Pinterest