Oops, She Did it Again

History has been made!

For the first time in the existence of the Section 36 Scavenger Hunt, someone has successfully defended their title!

That's right. This year's winner is none other than Kristen!

She becomes just the second person with two titles, joining Jere in that honor. But, as I mentioned, she's the first to ever g back-to-back!

Let's take a look at some of the items she found, shall we? 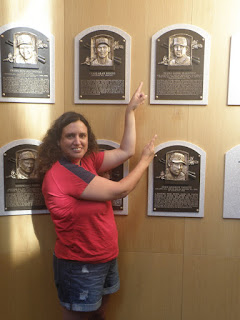 Showing off one of the many things I tell people about the hunt...they don't need to be new pictures! This wasn't a trip that Kristen made specifically for the hunt. So, remember, sometimes the "hunt" portion can be "hunting" through your camera roll! 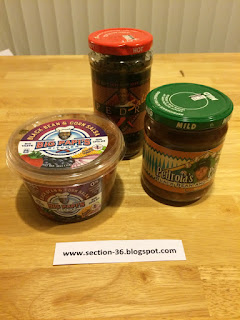 Love how she went above and beyond with this picture. The item was just for salsa. She decided to go for three different kinds! 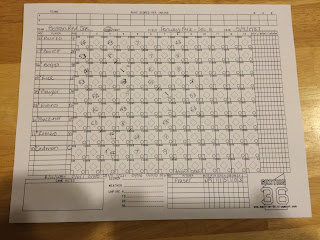 More extra effort! She didn't have a used Section 36 scorecard handy...so she re-scored a game! She even did both sides of the card! 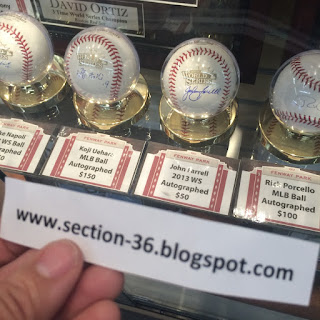 Another thing I remind people during the hunt is that you don't need to own the items! A simple trip to the store next to Fenway Park (or, any number of stores) can reveal several items...like this one! 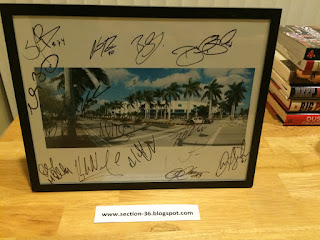 I guess when you have something like this, finding autographs of specific players can be easy! 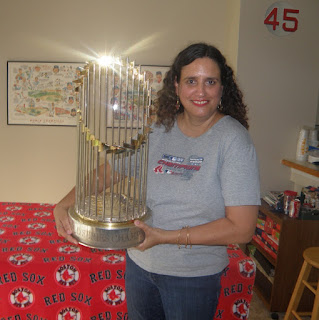 When I listed "2013 World Championship Item" I was expecting something fairly routine. Maybe a commemorative magnet, or bobblehead. Of course, Kristen had to go ahead and post a picture of her holding the actual 2013 World Series trophy. I'd say that counts! 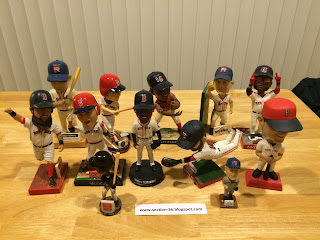 The hunt requested a bobblehead. Above and beyond and beyond. 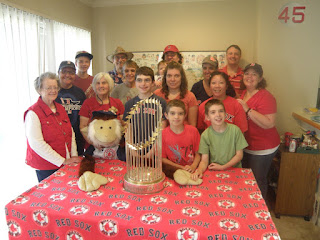 Again, the hunt was looking for a male and a female Red Sox fan. That wasn't good enough for Kristen. How about a half dozen of each? 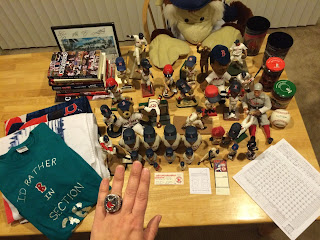 To top it off...even though Kristen sent pictures wonderfully displaying each item on its own, she knew that the tiebreaker was to get as many items into a single picture as possible. So, she did that too. Here's a picture containing just about everything she found. Well done!

So, let's have a big round of applause for Kristen as she cruised to another victory. Hopefully everyone who entered had a lot of fun looking for items, even if it didn't lead to a victory. There's always next year.

Posted by Section 36 at 7:43 PM
Email ThisBlogThis!Share to TwitterShare to FacebookShare to Pinterest