You may remember that he Easter Bunny was good to me this year, bringing plenty of card packs for me to open. I thought I'd share them with you because, well, what else am I going to write about?

We'll continue with the next box, the 2019 Topps Heritage High Number!


Bravo Easter Bunny for finding older wax to open. I'm sure you've all seen as much as you care to of this set by now. But, I mean....there still aren't any games being played right now. 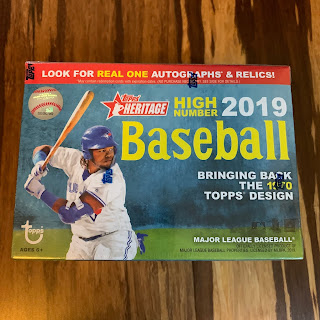 See? I wasn't lying. That's really the box I opened. 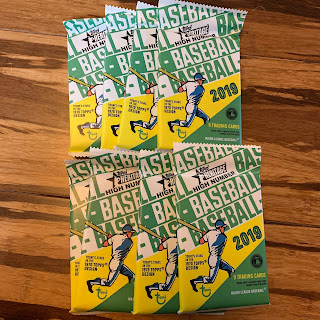 And there are the eight packs. 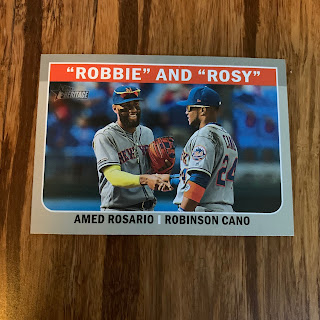 OK. What? I'm a fan of multi-player cards. One of the things I love about the regular Topps Update series is that they tend to have lots of these fun cards included. But, "Robbie and Rosy"? What does that even mean? I like a little bit more thought put into it than that. OK, a lot more. I even wondered if they were going for some obscure homage to the original 1970 set, that they had a card like this that was being duplicated. But, the checklist seems to say that't not the case. Any ideas? 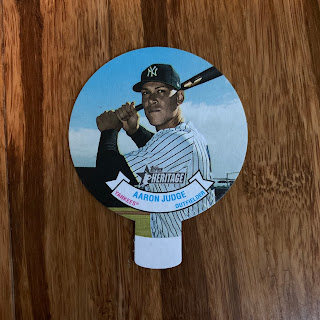 One of those hard to store inserts. At least it's of a guy I may be able to move at some point. 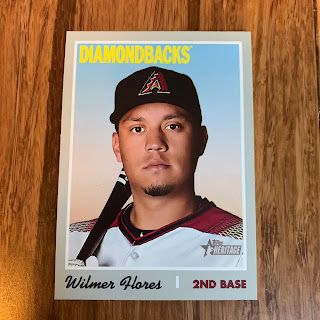 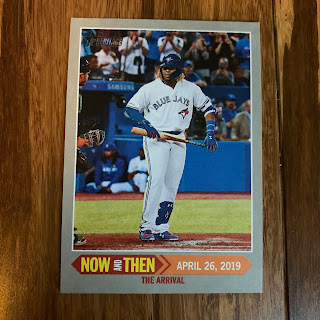 A chance for Topps to squeeze in as many Guerrero cards as possible. A "Now and Then" from a few months earlier. 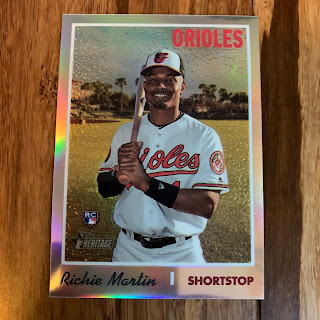 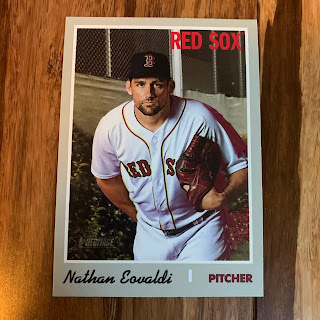 Finally, a Red Sox card. Not exactly worth the wait. But, it's nice to have nonetheless. Obviously fond memories of Eovaldi from 2018.

But, if that's the highlight...that's pretty poor.

How did your boxes go?
Posted by Section 36 at 2:36 PM
Email ThisBlogThis!Share to TwitterShare to FacebookShare to Pinterest
Labels: 2019 Topps High Number, blaster break, Nathan Eovaldi