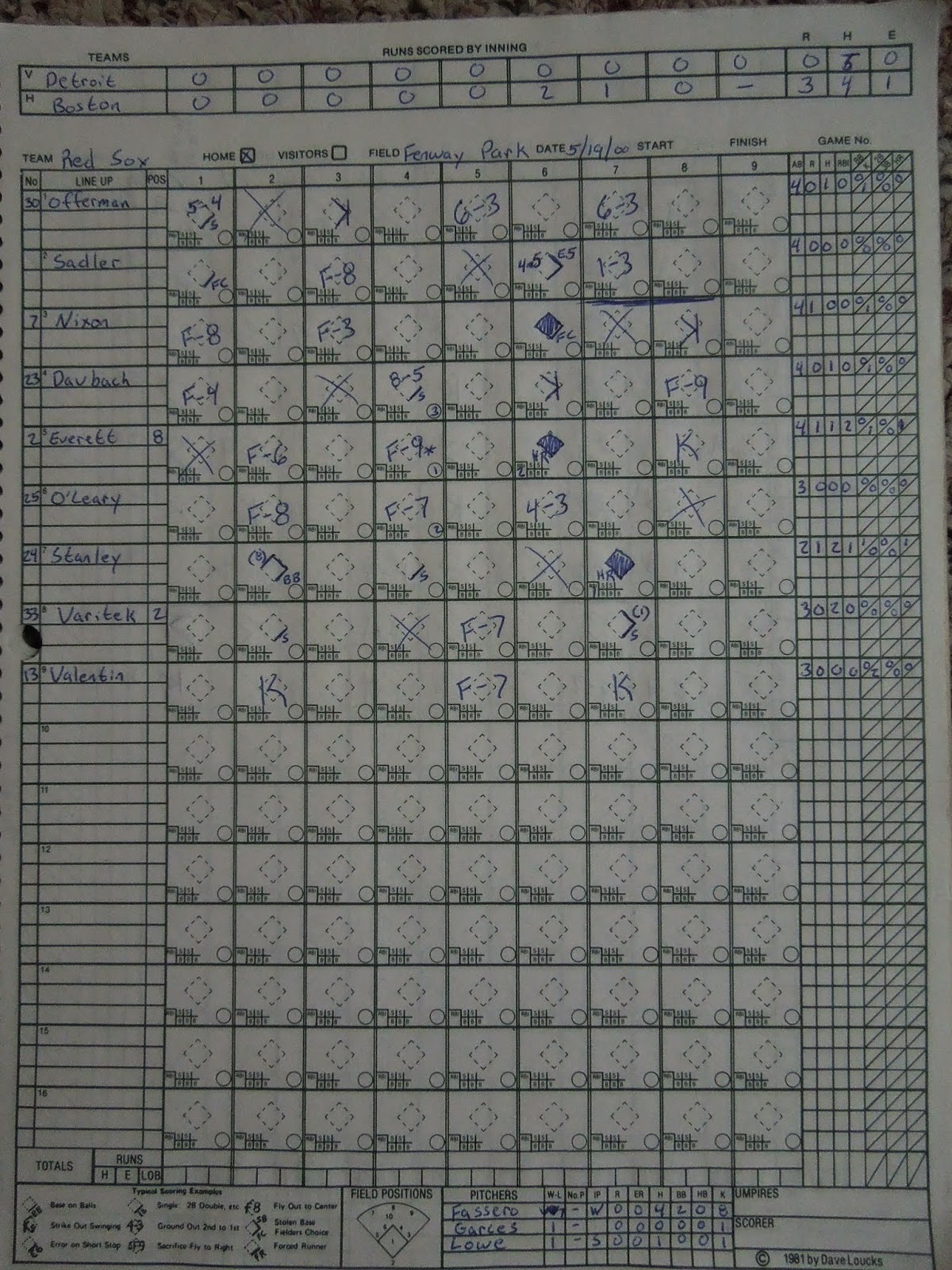 Sometimes you never know how a game it going to turn out. For instance, I don’t remember my anticipation being all that high on my way to this epic Moehler-Fassero match-up. But, as it turned out, it was quite the pitcher’s duel. The Red Sox won it, despite only reaching base ten times. They had fewer hits than the visiting Tigers. They, apparently, just made them count.

Looking at the card itself, I can’t help but wonder why I didn’t fill out the positions for anyone except Carl Everett. I’m tempted to fill them in now, since I can pretty much tell you what they were. Offerman must have been at second. I suppose the Daubach/Stanley placement is up for some debate. Although a little research would certainly clear that all up. I could also look up Donnie Sadler’s jersey number to finish that off. But, I think I’m going to leave it all as-is.

The game itself? Look at that line from Fassero. It was Pedro-esque. Seven innings of shutout ball, giving up only six base runners, while striking out 8? Fantastic. Garces and Lowe did a great job of closing the door. As I mentioned, the offense didn’t have a great day, but a couple home runs provided all the scoring they would need.

The hero of the game? Would have to be Carl Everett. (Maybe that why I thought it was important enough to include his position in the line-up) His two-run homer gave the Sox all the runs they would need on the day.

The goat? Well, as you’d expect, four players went hitless on the day. Only half of them were 0-4, though. And of those, only Donnie Sadler didn’t even score a run. So, for that ineptitude, he gets to wear the horns.

But, it didn’t matter. The Sox were able to squeak one out by simply scoring more runs than the other team. In the end, that’s all that counts. The Sox cruised to a nice win.

And the scorecard shows how it happened.
Posted by Section 36 at 12:36 PM
Email ThisBlogThis!Share to TwitterShare to FacebookShare to Pinterest