Vintage from the Beat!

Not long ago, I received an e-mail from John, of Johngy’sBeat. He told me that he had quite a few Red Sox cards from the late seventies that I needed that he’d like to send me. Naturally I was thrilled to take him up on his offer. On the heels of the recent shipment from blog reader Mark, I was excited to continue the vintage push. 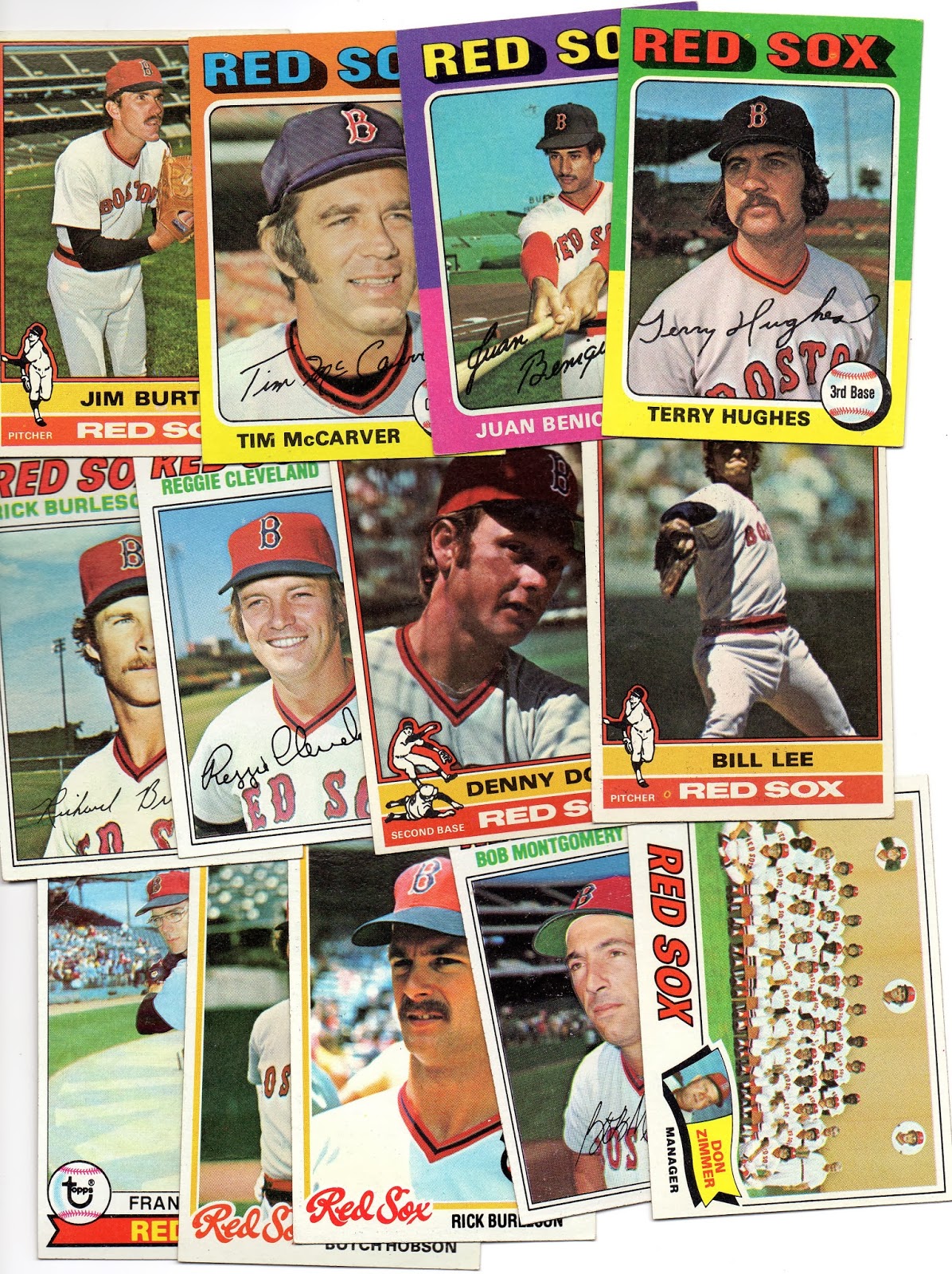 For the 1975s, there were a couple cards that I needed to complete my full set. The rest of them crossed off most of my Red Sox needs for that classic set. It was so fantastic that I didn’t mind having to see Tim McCarver looking out at me.

I have a soft spot for the 1976 Topps set. If I was inclined to complete another vintage set, it would probably be the 1976. When I was younger, I remember digging around in my grandfather’s mudroom and finding a paper lunch bag. It was stuffed with a couple hundred 1976 Topps cards. I was amazed. I had never had so many cards that old in my hands. (Hopefully whichever uncle the cards originally belonged to isn’t reading this particular post) So I was especially glad to see those cards come my way.

I love the fact that they felt the need to add the insets to the team photo on the ’77 Zimmer. Did they actually think we could make out who the players were in the team shot? Were people looking at the tiny faces and wondering where the missing guys were? I guess that they needed to include them to make it a true “team” shot. But, it seems like needless effort to me.

My brother once tried to complete the 1978 Topps set. I was always jealous of his large stack of them. So, I always get a little special joy from adding one to my collection, let alone a stack of them. I’m catching up!

Love the old style Topps logo on the 1979 cards. If that doesn’t scream “old and different” to you, I don’t know what does.

Again, I couldn’t be more grateful to John for his generosity. I suggest you go check out his site and give it a read. And, if you have a picture of yourself with someone famous, I bet he’d love a copy.