I realized that it's been a while since I did one of these posts. I think they're fun, so it's about time I do another one. 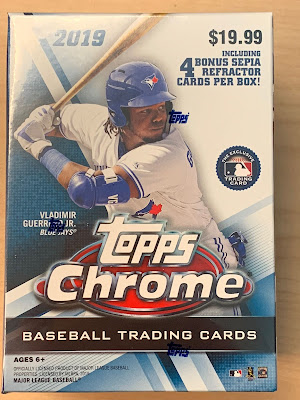 I probably should have picked a more exciting box than 2019 Topps Chrome. After all, the design is certainly nothing new that nobody's seen before. But, that's what I have. So here we go! 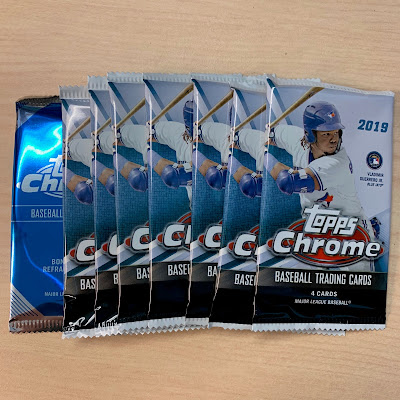 It's always striking to me how empty the box itself is. Is this the contents settling like a bag of potato chips? Are there any boasters that use the majority of space available in the box? A bit surprised that companies haven't started making their blasters half sized by now to save costs. 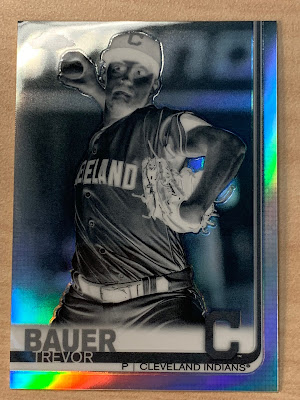 Here's the best card in the first pack. I'm a bit confused by it, though. It sure looks like it's a “negative” parallel. But, according to the pack, those are supposed to be individually numbered. I don't see a number anywhere on the card. Anyone know what's going on? 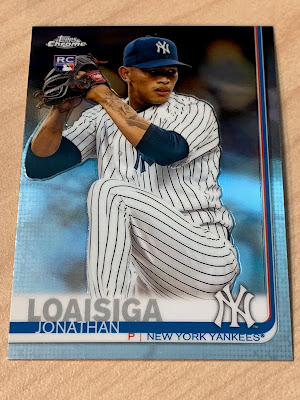 The best card in the second pack is a Yankee that I've never heard of. That should tell you how bad the rest of the pack was. 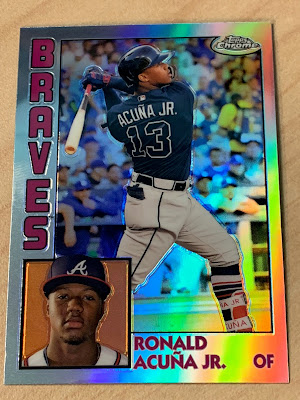 The best card in pack three is a quality card. A very shiny insert of young superstar Ronald Acuna Jr. I like the 1984 Topps style. 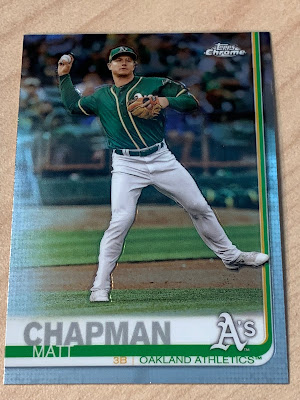 The fourth pack didn't exactly jump off the table. But this Matt Chapman is at least an all star with an interesting picture. As you could probably guess, I'm a sucker for his foot extending over the border. Still not sure how they decided which cards to use that technique on. 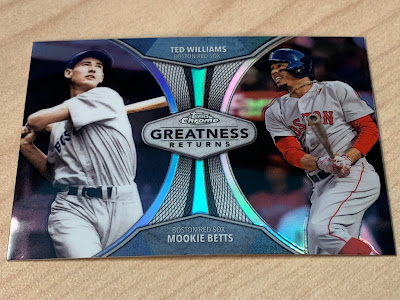 Finally a Red Sox card! Two Red Sox players even. While the insert set itself is fairly mundane and uninspired, at least the player selection on this card is top notch. 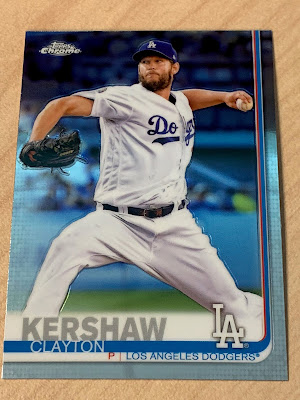 A nice card of Clayton Kershaw. Going back to the Chapman card, I notice that all of this card is contained within the border. Kershaw’s left hand would seem like a perfect chance to extend beyond the border. But, this time Topps decided against it. I think that would have worked even better than Chapman’s foot. Agree? 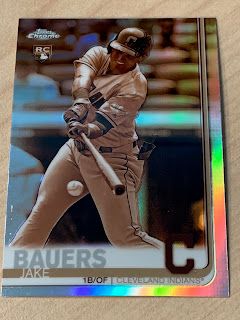 Then we came to the extra special super bonus pack of sepia inserts. Another dud of a pack. But here's a rookie of a guy in Cleveland.

So, as you can see, not the greatest results. One Red Sox cards is not what I'm looking for. Hopefully the next packs are better.

Have you opened any of this yet?
Posted by Section 36 at 7:04 PM
Email ThisBlogThis!Share to TwitterShare to FacebookShare to Pinterest
Labels: Topps