It's Not Hedwig, But It's an Owl Delivery

I received an unexpected package the other day, which is always fun. I had sent Night Owl some cards from his wantlist not too long ago, and he apparently saw fit to return the favor. It's the best kind of package when you don't know what to expect when you open it. I only assumed it would be quality, because a NO package always is.

He was even nice enough to warn me with a note that I might not need every card in the package. He was right, but every card was definitely appreciated. Want to see some of the best? Oh, good. 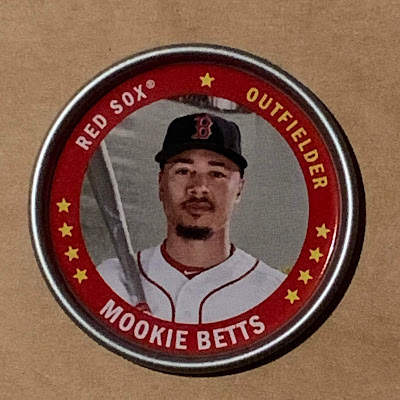 It's amazing because no matter how many packs of this I open, I never seem to pull the Red Sox coins. Thankfully I am now able to add this great Mookie. 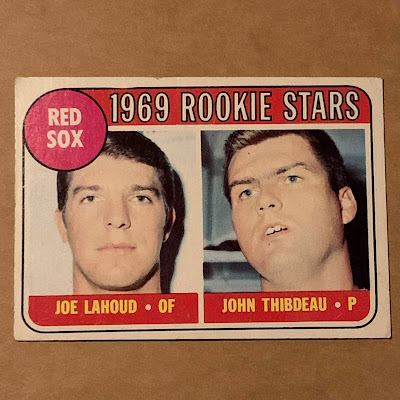 Yeah, this is pretty cool. No idea who either of these guys is. But, it's my first 1969 Topps Red Sox. Yeah, I couldn't believe it either. Always glad to add great vintage to the binder. 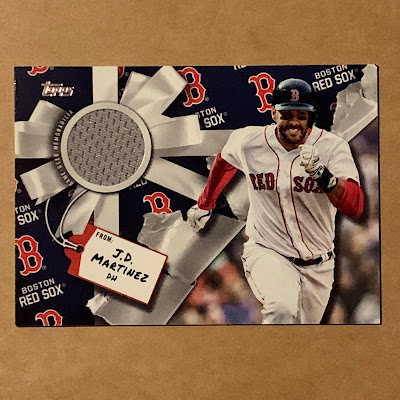 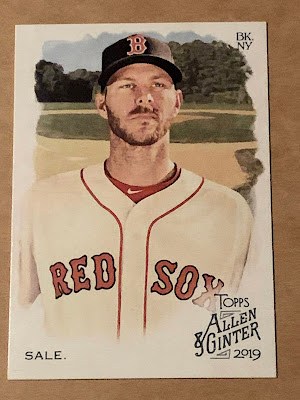 A very pensive Chris Sale. Wonder what he's thinking about. Hopefully it's about how he's fully healthy and ready for the 2020 season. 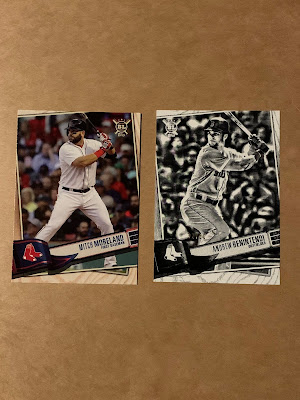 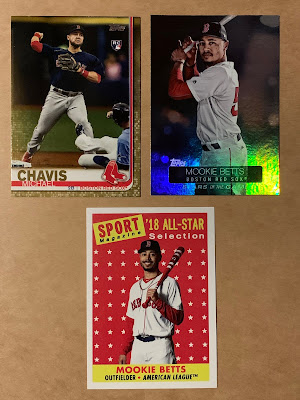 A couple Mookie inserts I didn't have. I have no idea what set the shiny one came out of. A gold parallel version of the Chavis rookie is fun. He has a lot of rookie cards, as everyone does these days, so it's fun to keep finding new ones. 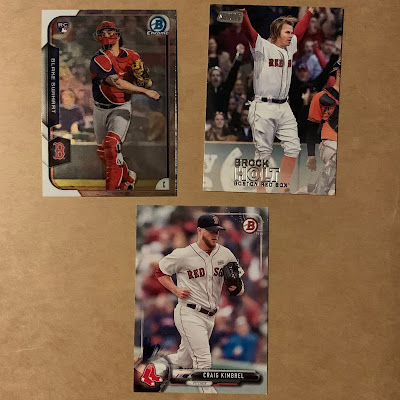 A little collection of everything. The Swihart Chrome rookie was probably a fairly hot item at one point. I will never figure out what happened to him, and how he so quickly fell out of favor with the Sox. 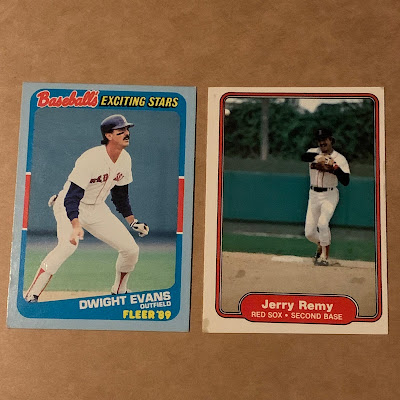 Eighties awesomeness! The picture on the Remy card is just classic. The 1982 Fleer team set is one I should try harder to finish. In the late eighties my LCS had wax packs for that set for sale. It was the first time I really bought into old wax looking for a hit. Bought quite a few, and never hit the Ripken. But, one of my earlier card related memories.

I can't thank Night Owl enough for this great package of cards. He really hit on the variety that makes it more awesome.

Thanks Night Owl!
Posted by Section 36 at 6:59 PM
Email ThisBlogThis!Share to TwitterShare to FacebookShare to Pinterest