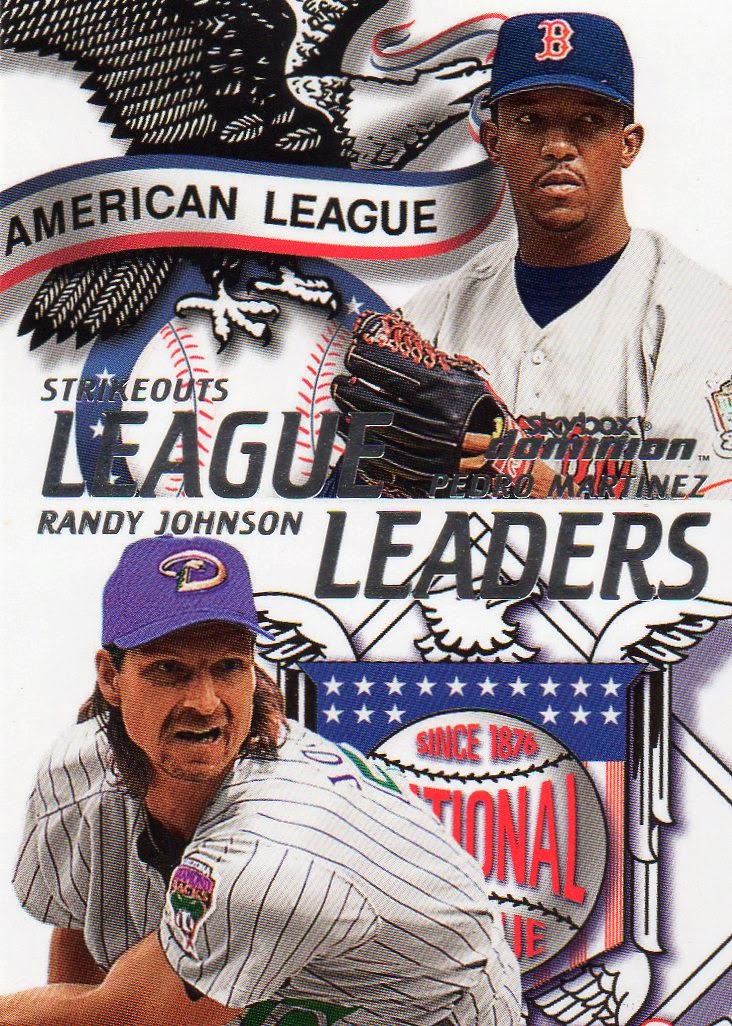 I've discussed league leader cards in this segment plenty. There's a great way for card companies to get as many star players as they can in a card set. Why take up two cards when you can get both Pedro and Randy on a single card.

I will admit, though, that I'd prefer they spend at least a little time thinking about the design.

Look at this thing. How long did it take to think up? Let's put the player in front of the league logos, on a white background. We'll throw their names in the middle somewhere. Done!

They even put the names in foil, to make them hard to read. But, no team names. No team logos. No strikeout totals to see how well they did. Just slapped a picture on the card, and called it a day.

Pretty darn lazy.
Posted by Section 36 at 12:30 PM
Email ThisBlogThis!Share to TwitterShare to FacebookShare to Pinterest