OK. So, I'm finally doing one of these fairly close to the release date. Although, still not all that close. I was actually afraid I had missed out on this product. I despise Wal-Mart and avoid it at all costs. So, I didn't even notice that these cards were out until I started seeing tweets from others. By then, I didn't see any at my local Wal-Mart, and couldn't even find them on the Wal-Mart website. I had resigned myself to just buying the Red Sox team set at some point. But, on a whim yesterday I dragged myself to Wal-Mart, and lo and behold there were a half dozen or so boxes sitting on the shelf. I quickly grabbed one, and started opening. (Well, started opening later that night after I purchased the box and brought it home. But you get the idea.) How'd it go? 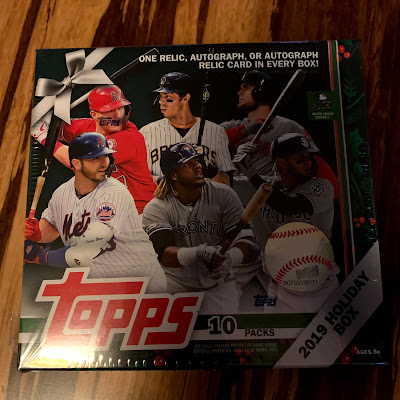 Even the box is festive. Sorry the pictures are so dark. Was was having more trouble than I realized. 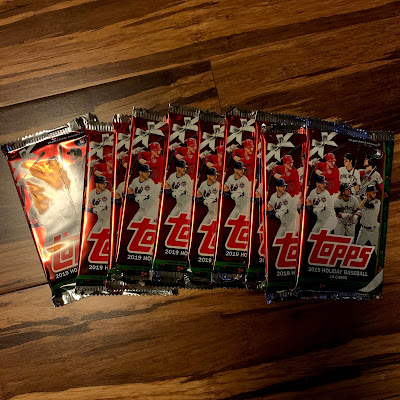 Ten packs was a nice surprise. Seem to open lots of boxes these days from products with half that many. 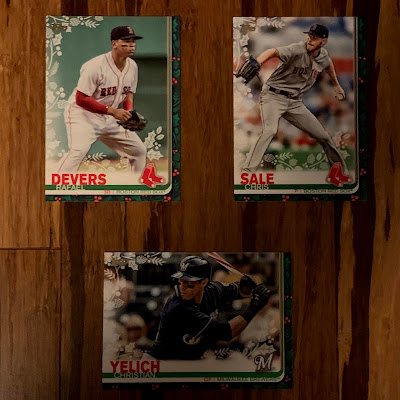 First pack was the best of the bunch. Two Red Sox cards, and the SP Yelich candy cane bat. I'm usually not a fan of the intentional photo variations that Topps has been doing in its sets. But, for a themed set like this one that is supposed to be fun, it really works and was done well. 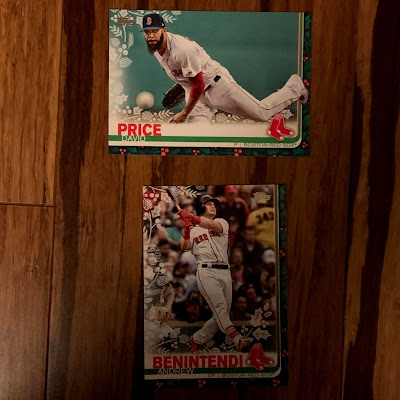 Two more Red Sox in the next pack! Is this a good time to mention that I LOVE the design? In past years the snowflakes have been fairly subtle...which is of course one way to go. But, I love the full-on holly borders on this year's set. If you're going to have a theme, go for it! 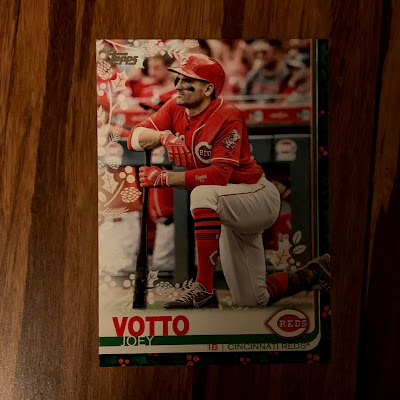 Joey Votto was the best card in the next pack. No Red Sox cards this time. 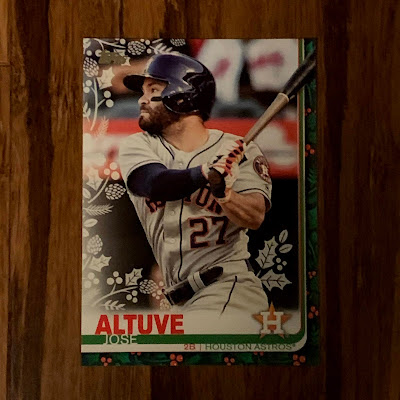 Jose Altuve led the next pack. The holiday theme really makes me not mind seeing the same image/design that I've seen on so many other sets this year. A lot more variety than an Opening Day logo or a chrome sheen. 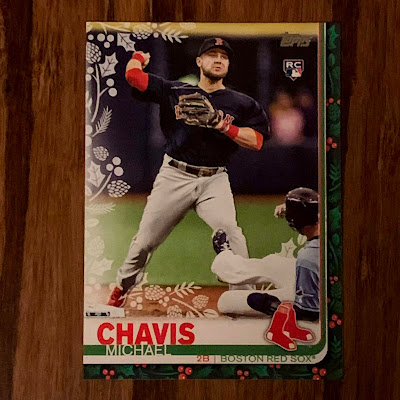 Another Red Sox! And, this time it's stud rookie Michael Chavis. I'm excited to see what this kid brings next year. 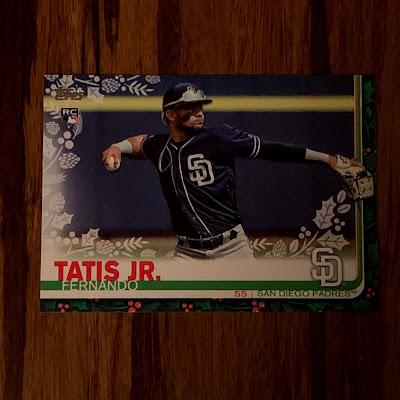 Speaking of stud rookies, Fernando Tatis Jr is definitely one of the draws in the set. 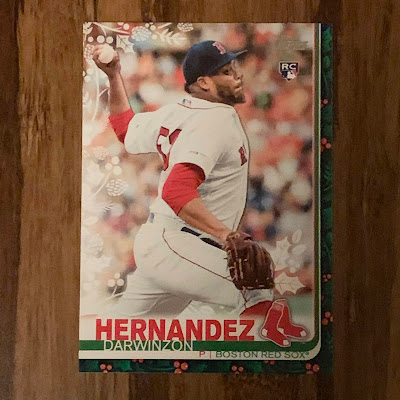 Another Red Sox rookie! This one not quite as well known as Chavis. 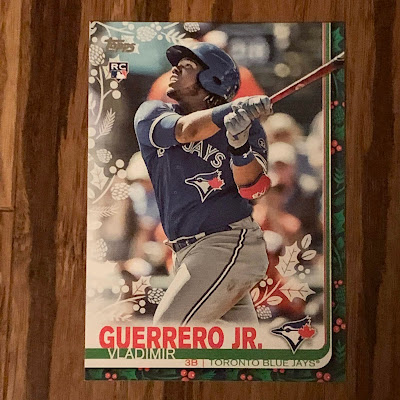 And another stud rookie! If he can fix a few holes, this guy is going to be a beast. 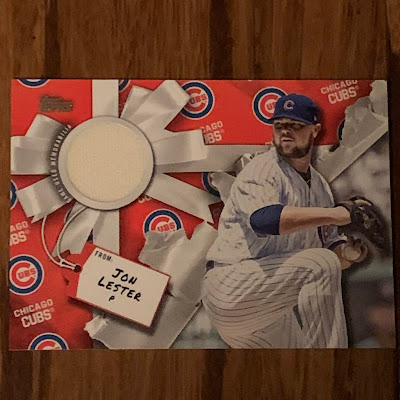 The box promises one auto or relic. I was hoping for an auto. But, I got this card of former Red Sox Jon Lester. I like the design of the relic, again carrying that "Holiday" theme as fas as it can go. 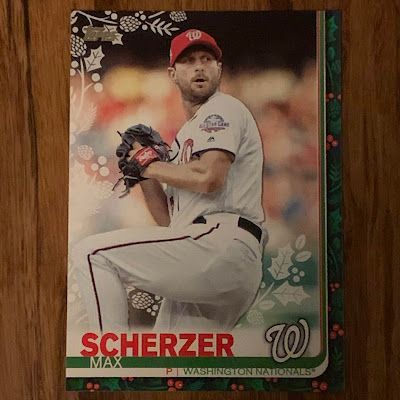 Over, all not bad at all. I love the cards themselves. I got a good helping of Red Sox cards, and two of the top rookies. I could have done better with my SPs and my hit, but you can't get everything.

Have you opened a box of this yet? What did you think?
Posted by Section 36 at 5:17 PM
Email ThisBlogThis!Share to TwitterShare to FacebookShare to Pinterest
Labels: 2019 Topps Holiday, blaster break, Chris Sale, David Price, Michael Chavis, Rafael Devers